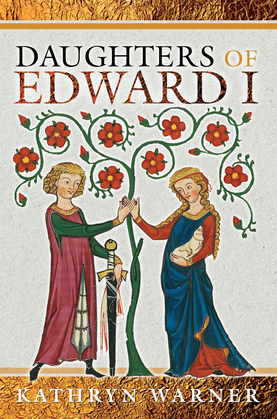 Daughters of Edward I

In 1254 the teenage heir to the English throne married a Spanish bride, the sister of the king of Castile, in Burgos, and their marriage of thirty-six years proved to be one of the great royal romances of the Middle Ages. Edward I of England and Leonor of Castile had at least fourteen children together, though only six survived into adulthood, five of them daughters.

Daughters of Edward I traces the lives of these five capable, independent women, including Joan of Acre, born in the Holy Land, who defied her father by marrying a second husband of her own choice, and Mary, who did not let her forced veiling as a nun stand in the way of the life she really wanted to live. The women's stories span the decades from the 1260s to the 1330s, through the long reign of their father, the turbulent reign of their brother Edward II, and into the reign of their nephew, the child-king Edward III.