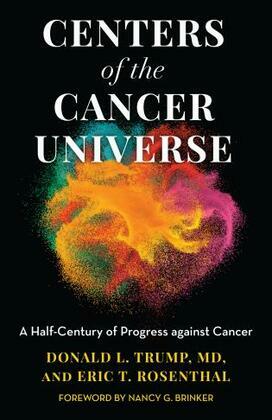 Centers of the Cancer Universe

An important history of the development of cancer centers of excellence and the revolution in cancer treatment.

In the 1960s a coalition of concerned citizens, scientists and politicians joined forces to convince the federal government to focus its efforts on conquering cancer. The National Cancer Act of 1971 resulted and was signed into law on December 23, 1971 by President Nixon. The national “War on Cancer,” was declared with some leaders naively arguing that the disease would be conquered by the nation’s bicentennial—a mere five years in the future.

Over the next five decades scientific discoveries demonstrated the great complexity of what had formerly been thought of as a single disease – with the advent of the genetic characterization of cancers, it is now recognized that there are almost an infinite number of cancers as defined by their many genetic mutations. The National Cancer Act established the infrastructure for the designation of centers by the National Cancer Institute (NCI) and these centers have evolved into models of multidisciplinary, collaborative cancer research, treatment and prevention contributing to a reduction in cancer mortality and increase in quality of life and survival that has translated into more than 17 million cancer survivors in the United States in 2021.

Centers of the Cancer Universe: A Half-Century of Progress Against Cancer tells the story of how cancer research was not front and center at most universities and research institutions before the National Cancer Act of 1971, and why many physicians were reluctant even to treat patients with cancer in the early 20th century. It follows the behind-the-scenes lobbying, resistance and negotiating that preceded signing the Act into law, and how the cancer centers of today came to fruition, and shaped how cancer research, clinical trials and treatment would be conducted.