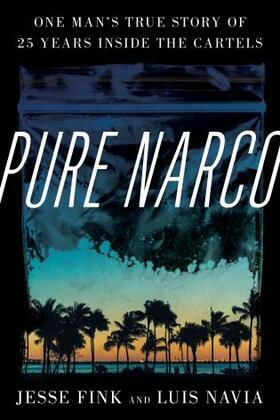 For a quarter century, Luis Antonio Navia worked as a high-level cocaine transporter for all of the major Colombian and Mexican drug cartels, including Pablo Escobar’s Medellín Cartel, and flooded the United States and Europe with cocaine before his dramatic arrest in Venezuela in 2000 during the 12-nation Operation Journey.

The story of Navia’s rise, fall, takedown, imprisonment, and redemption is expertly researched and told by acclaimed biographer Jesse Fink, who has gathered interviews with Navia, Navia’s family, and a dozen law-enforcement agents in the United States and Great Britain from agencies such as the DEA, ICE and Her Majesty’s Customs and Excise (now Her Majesty’s Revenue and Customs). Told in vivid detail, this true crime story will captivate the reader from start to finish.