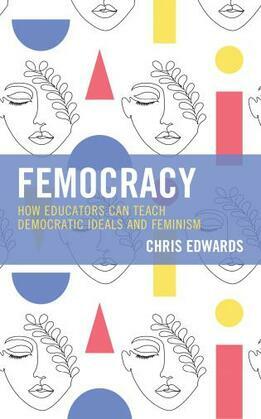 by Chris Edwards (Author)
Buy for $38.00 Excerpt
Nonfiction Education and study aids Social science Political science Democracy Feminism & feminist theory
warning_amber
One or more licenses for this book have been acquired by your organisation details

In Femocracy: How Educators Can Teach Democratic Ideals and Feminism, Chris Edwards discusses why the rise and spread of feminism should be at the center of the world historical narrative instead of being treated as a historical subheading. For cultural reasons, feminism grew out of democratic ideals right after the Protestant Reformation and developed into the most powerful force currently shaping the world. Edwards posits that traditional “Western civ” narratives often connect the Protestant Reformation to the Enlightenment and the Enlightenment to the development of participatory governments; however, given that democratic ideals also produced feminism, it is time to recognize that the most impressive outcome of the Enlightenment is not that it produced revolutions in America and France, but rather that it inspired the genius of Mary Wollstonecraft. Femocracy means “rule by the feminine” and as cooperation, communication, and nonaggression become the dominant themes of the modern world; it is time to rethink our traditional historical narratives. Femocracy is an indispensable work for teachers of history, sociology, and women’s studies.