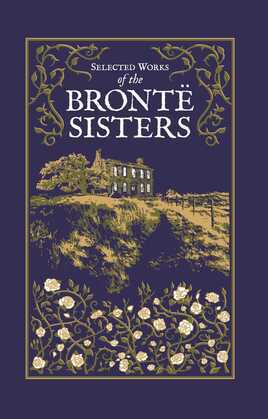 Selected Works of the Brontë Sisters

by Charlotte Brontë (Author), Emily Bronte (Author), Anne Bronte (Author)
Excerpt
Fiction Classics Contemporary women
warning_amber
One or more licenses for this book have been acquired by your organisation details

The literary masterpieces of the three Brontë sisters in one volume: Jane Eyre, Wuthering Heights, and The Tenant of Wildfell Hall.

This handsome leather-bound edition includes the most acclaimed novels of each of the Brontë sisters: Charlotte’s Jane Eyre, Emily’s Wuthering Heights, and Anne’s The Tenant of Wildfell Hall. Originally published under male pseudonyms in the 1840s, these three novels later helped give rise to the feminist literary movement of the late nineteenth century, in which women’s perspectives became more accepted by the mainstream reading public. A scholarly introduction provides an overview of the sisters’ childhood in northern England, their literary influences, and their enduring legacy.