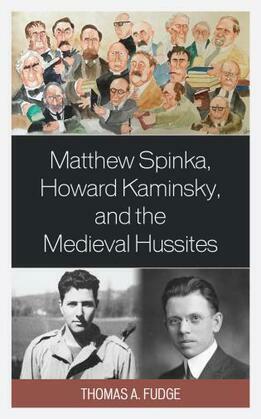 Matthew Spinka, Howard Kaminsky, and the Future of the Medieval Hussites

by Thomas A. Fudge (Author)
Buy for $45.00 Excerpt
Nonfiction History Medieval Religion History of religions
warning_amber
One or more licenses for this book have been acquired by your organisation details

The Hussite movement is essential for understanding medieval Europe and the development of Western civilization. Matthew Spinka and Howard Kaminsky stand at the forefront of scholarship introducing this subject to the Anglophone world. Thomas A. Fudge argues their role in the religious historiography of late medieval Europe is a precursor to global medievalism. Combining commitment to the Christian faith with firm opposition to the Soviet-mandated Marxist-Communist ideology that dominated twentieth-century Czechoslovakia, Spinka strove to present Jan Hus as a medieval figure driven by religious devotion. Motivated by Jewish atheism and a modified form of Marxist analysis, Kaminsky rescued the medieval Hussites from oblivion and political agendas. Fudge explores biography, history, and historiography as an essential intellectual segue between medieval Hussites and modern scholarship. Matthew Spinka, Howard Kaminsky, and the Medieval Hussites considers biography, evaluates the work of both historians, elaborates their methods, assesses their interpretations, and analyzes their historiographical significance for the study of Hussite history.