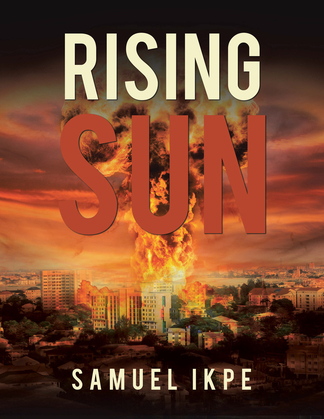 by Samuel Ikpe (Author)
Buy for $4.99 Excerpt
Fiction War & military Nonfiction Nature, recreation and sports Antiques & collectibles Military Special forces
warning_amber
One or more licenses for this book have been acquired by your organisation details

Five decades after the Nigerian Civil War, an energized, well-funded and strategic neo-terror organization comprising the kin of the slain Eastern officers has arisen from the ashes of the bloody past to push a renewed, ambitious agenda. Led by a spectral character, they employ infiltration, psychological warfare and the sheer might of hybrid nukes to create rivers of blood, trails of panic, mass massacre and a spectrum of assassinations across the world to protect their sinister plan. The tension builds as the death toll spirals, the terrorists attack and make impossible demands, the Order of the Niger is in a race against time aided by two unlikely global powers on home soil – all in a bid to neutralize the terrorists, detonate the nukes, save a hostage president on the brink of assassination and stop the inevitable bloody Rising Sun.