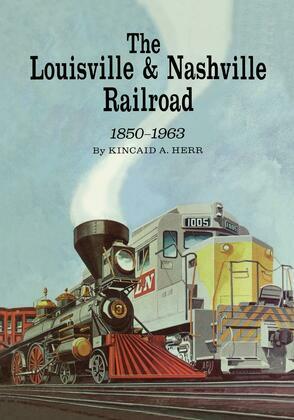 When the Louisville and Nashville Railroad was founded in 1850, it was the first major railroad in the west, and the only one headquartered in Kentucky. In the twentieth century, the L&N grew into one of the nation's major rail systems, reaching from the Great Lakes to the Ohio River Valley and down to Florida and the Gulf Coast. Kincaid Herr worked for the Louisville and Nashville for more than forty years, and this book originated as a series of articles that he wrote for L&N Magazine between 1939 and 1942. After various printings through the 1940s and '50s, this fifth edition, completely revised and updated, was released in 1964. The 1950s saw the reluctant abandonment of the old steam engine (the L&N was a major coal-carrying railroad) in favor of the diesel. During the late 1950s and early 60s, the railroad experienced significant expansion in the South, where the economy was being fueled by new industry. Coal, automobiles, mail, and passengers all counted on the L&N to get them around the region. Herr traces the development and expansion of the L&N system over a century and profiles important company figures, such as longtime L&N president Milton Smith. Confederate raider John Hunt Morgan and railroad bandit Morris Slater also find their place in this entertaining history. Four appendices on topics ranging from the materials used to build trains to passenger equipment to motive power round out the complete, but accessible, account. Even after all these years, this volume remains the concise, illustrated history of "The Old Reliable" for its many fans around the world.