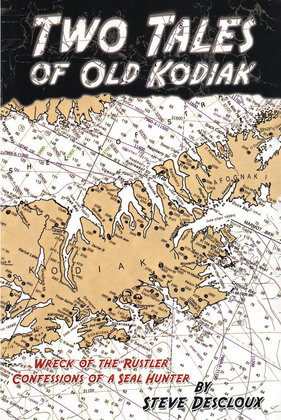 Let this author take you back with a couple memories to an earlier, wilder Kodiak, Alaskawhen the seafood industry was booming and the town never went to sleep, when trappers were popular and often sold most of their prime furs to the locals and tourists, when the churches and the bars ran neck and neck in number and the congregation was always greatest in the latter.

The "Wreck of the Rustler" will give the reader a feel for what living on Kodiak Island meant in the 1950s and '60s and take a few boat rides around the island, one of which became a terrifying nightmare for the four young boys aboard when the skipper and other adults drank too much whiskey. The boat plowed into a rockpile on a windy Christmas night and began taking on water. For hours, impending death loomed in their thoughts as they helped in the fight to save the vessel and aid toward their eventual rescue by Coast Guard helicopters.

"Confessions of a Seal Hunter" is a descriptive recollection of a small-scale commercial seal hunt down the east side of Kodiak Island during which an untried boy took his first steps into manhood, learning the skills of work and survival as he followed his skipper down the island in a small skiff; dreading his first kill with the club, learning to skin the seals and care for the hides; working brutal, long hours every day to help increase the catch; and learning that a workingman was expected to carry his share of the load no matter how tired, wet, and cold he was.