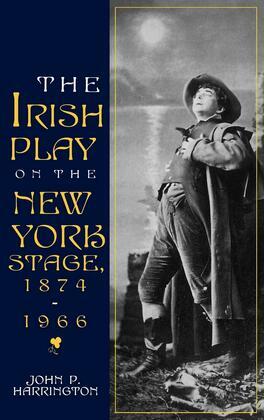 Over the years American—especially New York—audiences have evolved a consistent set of expectations for the "Irish play." Traditionally the term implied a specific subject matter, invariably rural and Catholic, and embodied a reductive notion of Irish drama and society. This view continues to influence the types of Irish drama produced in the United States today. By examining seven different opening nights in New York theaters over the course of the last century, John Harrington considers the reception of Irish drama on the American stage and explores the complex interplay between drama and audience expectations. All of these productions provoked some form of public disagreement when they were first staged in New York, ranging from the confrontation between Shaw and the Society for the Suppression of Vice to the intellectual outcry provoked by billing Waiting for Godot as "the laugh sensation of two continents." The inaugural volume in the series Irish Literature, History, and Culture, The Irish Play on the New York Stage explores the New York premieres of The Shaughraun (1874), Mrs. Warren's Profession (1905), The Playboy of the Western World (1911), Exiles (1925), Within the Gates (1934), Waiting for Godot (1956), and Philadelphia, Here I Come! (1966).