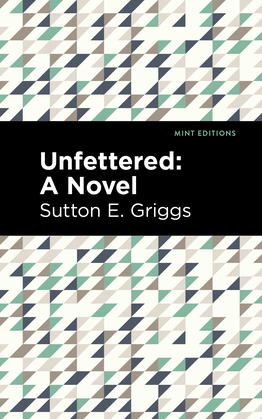 by Sutton E. Griggs (Author)
Buy for $9.99 Excerpt
Fiction Historical Christian Historical
warning_amber
One or more licenses for this book have been acquired by your organisation details

Unfettered: A Novel (1902) is a novel by Sutton E. Griggs. Sutton’s third novel is a story of violence and forced migration that explores and critiques the politics of liberalism and assimilation in twentieth century America. Although Griggs’ novels were largely forgotten by the mid-twentieth century, scholars have recently sought to emphasize his role as an activist and author involved with the movement for Black nationalism in the United States. Critics since have recognized Griggs as a pioneering political figure and author whose utopian themes and engagement with contemporary crises constitute some of the era’s most radical literary efforts by an African American writer. When Lemuel Dalton takes control of his father’s estate, he sets out to make a show of force against Samuel, an ex-slave who oversees the Dalton family farm. When a fight breaks out between Lemuel and Harry, Samuel’s son, he shoots the young Black man in cold blood, gravely wounding him. As the threat of an imminent race war increases tensions in the rural Southern community, a group of white men takes advantage of the unrest to lynch and kill Beulah, Samuel’s defiant daughter. When it becomes clear that the state is determined to protect the interests of those in power, the Black community flees en masse to the city. Newlyweds Morlene and Harry—who survived his encounter with Lemuel—set out in search of safety, settling down to start their lives anew. But when Morlene meets Dorlan, a local activist, she begins to have doubts about her marriage. Engaged with some of the leading social issues of its era—American imperialism, lynching, and the movement for economic self-determination in the Black community—Unfettered is a brilliant novel from an underrecognized talent of twentieth century literature. With a beautifully designed cover and professionally typeset manuscript, this edition of Sutton E Griggs’ Unfettered: A Novel is a classic work of African American literature reimagined for modern readers.