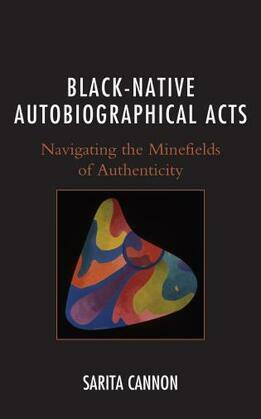 by Sarita Cannon (Author)
Buy for $45.00 Excerpt
Nonfiction Social science Sociology Biography & autobiography Native Americans
warning_amber
One or more licenses for this book have been acquired by your organisation details

In 2012, an exhibition at the National Museum of the American Indian entitled “IndiVisible: African-Native American Lives in the Americas” illuminated the experiences and history of a frequently overlooked multiracial group. This book redresses that erasure and contributes to the growing body of scholarship about people of mixed African and Indigenous ancestry in the United States. Yoking considerations of authenticity in Life Writing with questions of authenticity in relationship to mixed-race subjectivity, Cannon analyzes how Black Native Americans navigate narratives of racial and ethnic authenticity through a variety of autobiographical forms. Through close readings of scrapbooks by Sylvester Long Lance, oral histories from Black Americans formerly enslaved by American Indians, the music of Jimi Hendrix, photographs of contemporary Black Indians, and the performances of former Miss Navajo Radmilla Cody, Cannon argues that people who straddle Black and Indigenous identities in the United States unsettle biological, political, and cultural metrics of racial authenticity. The creative ways that Afro-Native American people have negotiated questions of belonging, authenticity, and representation in the past 120 years testify to the empowering possibilities of expanding definitions of autobiography.