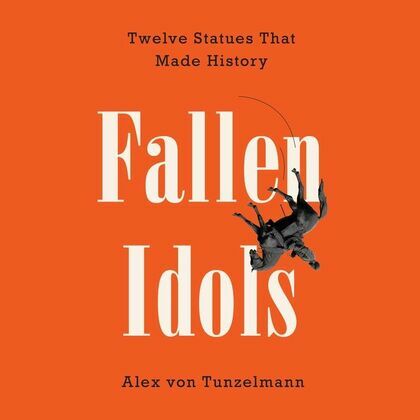 by Alex von Tunzelmann (Author), Kristin Atherton (Narrateur)
Excerpt
Nonfiction History 1945-1989 Other Social history
warning_amber
One or more licenses for this book have been acquired by your organisation details

In this timely and lively look at the act of toppling monuments, the popular historian and author of Blood and Sand explores the vital question of how a society remembers—and confronts—the past.

In 2020, history came tumbling down. From the US and the UK to Belgium, New Zealand, and Bangladesh, Black Lives Matter protesters defaced, and in some cases, hauled down statues of Confederate icons, slaveholders, and imperialists. General Robert E. Lee, head of the Confederate Army, was covered in graffiti in Richmond, Virginia. Edward Colston, a member of Parliament and slave trader, was knocked off his plinth in Bristol, England, and hurled into the harbor. Statues of Christopher Columbus were toppled in Minnesota, burned and thrown into a lake in Virginia, and beheaded in Massachusetts. Belgian King Leopold II was set on fire in Antwerp and doused in red paint in Ghent. Winston Churchill’s monument in London was daubed with the word “racist.” As these iconic effigies fell, the backlash was swift and intense.

But as the past three hundred years have shown, history is not erased when statues are removed. If anything, Alex von Tunzelmann reminds us, it is made.

Exploring the rise and fall of twelve famous, yet now controversial statues, she takes us on a fascinating global historical tour around North America, Western and Eastern Europe, Latin America and Asia, filled with larger than life characters and dramatic stories. Von Tunzelmann reveals that statues are not historical records but political statements and distinguishes between statuary—the representation of “virtuous” individuals, usually “Great Men”—and other forms of sculpture, public art, and memorialization. Nobody wants to get rid of all memorials. But Fallen Idols asks: have statues had their day?