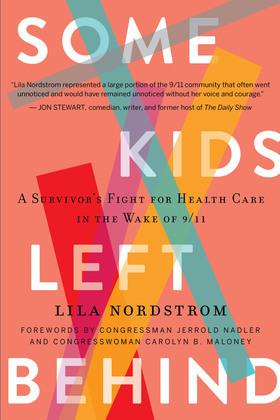 Some Kids Left Behind

Major anniversary hook: Book is timed to release in advance of twentieth anniversary of 9/11.

Unique approach to popular subject, and successful comps: Some Kids Left Behind is The Only Plane in the Sky or Fall and Rise meets The Poisoned City: Flint’s Water and the American Urban Tragedy or Erin Brockovich. It is focused on the effects of 9/11, a source of unending American interest, but from the unique angle of how the destruction led to the poisoning of thousands of NYC schoolchildren—a largely unknown story. The author, a young survivor, is a relatable protagonist that readers will connect with, and the activist who gave these children a voice.

Timeliness of subject: As the author reveals how the American health care system has been tested by disasters like 9/11, she gestures toward the systemic inequities laid bare by other tragedies like the Covid-19 pandemic, providing the book with a newsworthy hook that will engage media, inspiring thoughtful reviews and features.

Media prowess of author: The author and her organization, StuyHeath, have been covered by the New York Times, The Economist, CBS, Fox, NBC, and many more major media outlets. The author, who is an experienced lobbyist and advocate with years of experience in television and writing for publications, will tap into her myriad connections with editors and producers to draw attention to the book.

Attention grabbing story with big names: The author worked closely with high-profile Congress members and celebrities in her capacity as a survivor advocate and they feature heavily in her story, offering a behind-the-scenes look at fascinating public figures like Jon Stewart, Nancy Pelosi, Hillary Clinton, and Chuck Schumer—that’s sure to entice media and readers alike.

Spectacular photo insert: The book will include 16 color photos with stirring never-before-seen images from 9/11, as well as the author working with the likes of Jon Stewart, Nancy Pelosi, and many other well-known politicians and activists.

Fresh spin on an essential thread of American historiography: The author’s story is eye-opening, shifting the mythology built around 9/11 in the years that followed the tragedy. Media, reviewers, and readers writ large will be shocked by many of the revelations of the story: that children were put in harm’s way by officials, that entire communities—not only first responders—suffer health effects from 9/11-related pollution, and that politicians actively worked to deny victims compensation. Readers who don’t normally buy into patriotic survivor stories will respond to the author’s fresh perspective and the all-too-human, sometimes humorous account of a young woman who did not sign up to be a hero but fought for her community anyway.