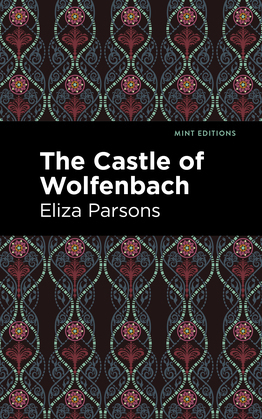 The Castle of Wolfenbach

by Eliza Parsons (Author)
Buy for $9.99 Excerpt
Fiction Classics Romance Gothic
warning_amber
One or more licenses for this book have been acquired by your organisation details

The Castle of Wolfenbach (1793) is a novel by Eliza Parsons. Employing themes common to the popular genre of Gothic fiction, Parsons crafts a chilling tale of murder and mystery that remains uniquely entertaining to this day. Referred to as a “horrid” novel in Jane Austen’s Northanger Abbey, The Castle of Wolfenbach was recognized as a terrifying precursor to such classics as Ann Radcliffe’s The Mysteries of Udolpho (1794), often considered the quintessential Gothic novel. Orphaned as a young girl, Matilda Weimar is raised by her uncle, a domineering figure whose attentions soon turn abusive. Left with no choice, Matilda flees with her trusted servant Albert. They arrive after some time in the harsh countryside at the cottage of Pierre and Jaqueline, who have only one bed and no food to offer. Desperate, Matilda and Albert make their way to the haunted Castle of Wolfenbach, where caretakers Joseph and Bertha offer to give them shelter. Although they seem hesitant, the caretakers reveal that the Count was a terrible man who left his wife and children to die in captivity and advise their unexpected guests to be gone by morning. As night falls, Matilda hears strange sounds coming from inside the castle, and sneaks up into the tower to investigate. There, she encounters a woman and her servant, who are surprised to find a stranger in their midst. Sensing their sympathy, Matilda recounts the story of her life. The next day, after Matilda and Albert have left for France, the castle burns to the ground—but its mystery remains. With a beautifully designed cover and professionally typeset manuscript, this edition of Eliza Parsons’ The Castle of Wolfenbach is a classic of British horror fiction reimagined for modern readers.