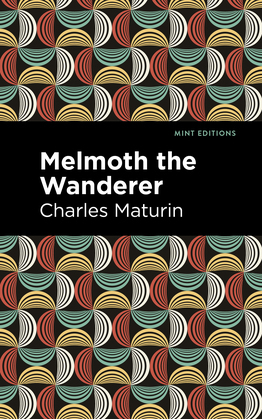 by Charles Maturin (Author)
Buy for $10.99 Excerpt
Fiction Classics Romance Gothic
warning_amber
One or more licenses for this book have been acquired by your organisation details

Melmoth the Wanderer (1820) is a novel by Charles Maturin. Written toward the end of Maturin’s life, Melmoth the Wanderer was the author’s fifth and most successful novel. Inspired by the story of the Wandering Jew and the Faustian legend, the novel is a powerful Gothic romance divided into nested stories, each one delving deeper into the mystery of Melmoth’s life. Often interpreted for its criticisms of 19th century Britain and the Catholic Church, Melmoth the Wanderer is considered one of the greatest novels of the Romantic era. Following a lead from a story told at his uncle’s funeral, John Melmoth, a student from Dublin, begins an obsessive search into his family’s mysterious past. Little is known about the man called “Melmoth the Traveller.” A portrait dated 1646 suggests that he has been dead for over a century. Despite this, he discovers a manuscript from a stranger named Stanton who claims to have seen Melmoth on several occasions over the past few decades. John tracks him down and finds him at a mental institution, where he was placed when his obsession with Melmoth was deemed insanity. Disturbed, John burns the portrait and attempts to put his questions behind him. Soon, he begins having visions of his own. Melmoth the Wanderer is a story of mystery and terror that engages with timeless themes of faith, fantasy, and the thin line between dreams and life. With a beautifully designed cover and professionally typeset manuscript, this edition of Charles Maturin’s Melmoth the Wanderer is a classic of Irish literature reimagined for modern readers.