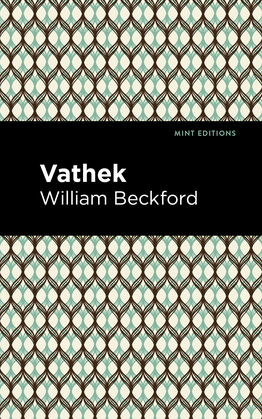 by William Beckford (Author)
Buy for $6.99 Excerpt
Fiction Classics Romance Gothic
warning_amber
One or more licenses for this book have been acquired by your organisation details

Vathek (1786) is a novel by William Beckford. Inspired by his travels, Beckford wrote Vathek in French before supervising its translation into English by Reverend Samuel Henley. Recognized as an instrumental work in the popularization of Orientalist fiction, Vathek is an early Gothic novel that influenced such writers as Edgar Allan Poe, Lord Byron, Robert Southey, and H. P. Lovecraft. Born into a royal family, Vathek is appointed the ninth caliph of the Abassides as a boy. Spoiled and enabled at every turn, he grows to be an insufferably vain and vindictive ruler, unschooled in diplomacy and always quick to anger. When a deformed stranger arrives at his palace claiming to be a merchant from India, Vathek purchases a set of inscribed sabers. At dinner that night, the merchant insults the caliph with his silence and is sentenced to prison. The next morning, the merchant escapes, killing every guard in his path. As Vathek examines the glowing blades, he sees that the messages inscribed on them have changed—he has been cursed, and the only way to reverse his fate is to find the man he mistreated. Determined to remain his own master, he sets out for the mountain to clear his head, beginning a journey from which few return. Immersed in Islamic mythology, Vathek is a cautionary tale of power, faith, and desire that earned its author a reputation as a leading young artist with a gift for fantasy. With a beautifully designed cover and professionally typeset manuscript, this edition of William Beckford’s Vathek is a classic of British literature reimagined for modern readers.