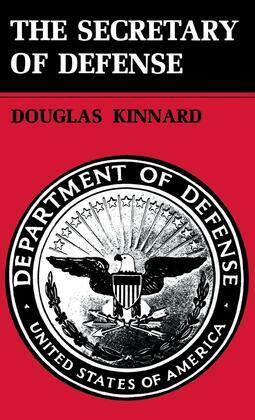 The Secretary of Defense

by Douglas Kinnard (Author)
Buy for $12.95 Excerpt
Nonfiction History History by country United States Social science Political science Government Executive branch
warning_amber
One or more licenses for this book have been acquired by your organisation details

Since its creation by the National Security Act of 1947 the office of secretary of defense has grown rapidly in power and influence, surpassing at times that of the secretary of state to become second only to the presidency in the government of the United States. The pivotal secretaries, according to Kinnard, are James Forrestal, Charles Wilson, Robert McNamara, Melvin Laird, and James Schlesinger.

Kinnard analyzes the administration of each of these secretaries not only within the domestic and international contexts of his time but also within the bureaucratic world in which the secretary functions along with the president and secretary of state.