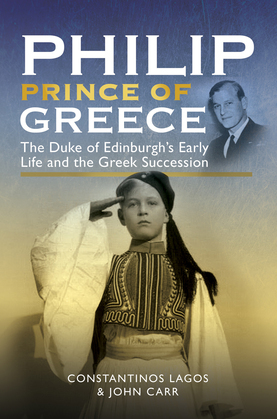 Many books have been written about the life of Prince Philip, the Duke of Edinburgh, yet there always seem to be corners of his long life that have remained unexplored. In this long look back into his early years, Constantinos Lagos and John Carr uncover hitherto unknown aspects of Philip's life as a Greek prince and his gradual transformation from a mere appendage of the troubled Greek royal family to an enduring pillar of the British monarchy. For the first time, Lagos and Carr delve into neglected Greek archives for a fascinating picture of Philip's early Greek life and the constant insecurity that dogged his steps as his father Prince Andrew of Greece and mother Princess Alice struggled to order their own lives in the maelstrom of unstable and often violent Greek politics in a Europe sliding towards world war. The Greek royal family, in which Philip has his roots, is dealt with at length, to bring out the particular family history and circumstances that played no small part in shaping his personality.

Anyone curious about how Prince Philip actually grew up will find in this book a wealth of eye-opening, often startling details that will add more brush strokes to the portrait of the often-elusive but real Prince Philip.