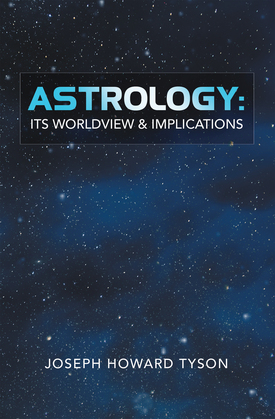 by Joseph Howard Tyson (Author)
Buy for $3.99 Excerpt
Nonfiction Esotericism, occult Methods of divination Astrology
warning_amber
One or more licenses for this book have been acquired by your organisation details

J. H. Tyson writes that astrology is neither a science nor pseudoscience. It falls into the category of crafts which somehow work, though science can?t fathom why. In that respect it resembles acupuncture and Feng Shui (the Chinese art of proper arrangement.)

Astrology holds that cosmic forces influence us, just as the moon affects the ebb and flow of tides. Since 6,000 B.C. learned astrologers have collaborated on a body of data which links planetary positions at birth with certain human traits.

A birth chart summarizes the native?s personality characteristics and provides an indication as to how that person might fare in various departments of life. Astrologers help clarify clients? aptitudes with the intention of facilitating their development. Natal charts may be conceived of as blueprints which encourage people to cultivate their strengths, overcome faults, and circumvent avoidable problems.

Tyson?s book outlines the history and principles of astrology, then provides examples of its value by juxtaposing biographical sketches of Napoleon, Theodore Roosevelt, Empress Alexandra of Russia, John F. Kennedy, Martin Luther King Jr., and others with their natal charts.

Tyson argues for Earth?s inclusion into astrological theory. This globe under our very feet exerts great influence. He demonstrates how the slower-moving planets (Jupiter-through-Pluto) provide more accurate generational profiles than the ?boomer,? gen-x-er, millennial classifications bandied about by pundits. In his chapter on Esoteric Astrology Tyson explains the Sixteen Astrological Ages of Humankind.

Check out J. H. Tyson?s latest book for new insights into the prehistoric art of astrology.