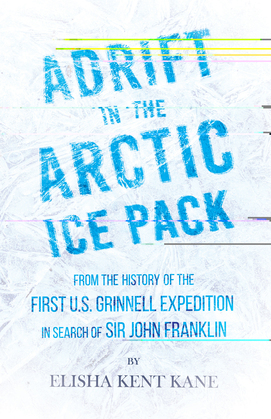 Adrift in the Arctic Ice Pack - From the History of the First U.S. Grinnell Expedition in Search of Sir John Franklin

In 1845, British Royal Navy officer and Arctic explorer Sir John Franklin (1786?1847) embarked on his third and final expedition into the Canadian Arctic to force the Northwest Passage. After two years with no word, a £20,000 reward was offered to anyone who could find the expedition, leading to many rescue attempts. Two such attempts were undertaken by Elisha Kent Kane (1820?1857), American explorer and United States Navy medical officer. Despite contracting scurvy and suffering greatly during his 1853 attempt, he continued on and went further north than any other explorer had managed. Kane was eventually forced to relinquish the icebound brig ?Advance? on May 20, 1855 and spent the next 83 days marching to Upernavik carrying the invalids?losing but one man on the perilous journey. ?Adrift in the Arctic Ice Pack? contains Kane's personal account of his courageous but ill-fated rescue mission, detailing the perilous conditions they had to endure and how they were able to survive against all odds in the Arctic wasteland. Highly recommended for those with an interest in Arctic exploration and history in general. Read & Co. History is republishing this classic memoir now in a brand new edition complete with an introductory biography by John Knox Laughton.