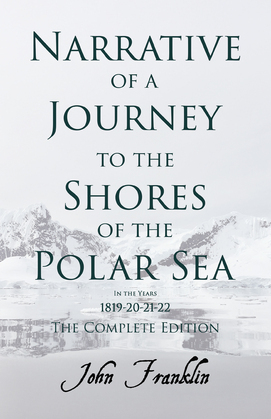 Sir John Franklin (1786?1847) was a British Royal Navy officer and Arctic explorer who served in wars against the United States and Napoleonic France. He led three expeditions into the Canadian Arctic in 1819, 1825, and 1845. In his last expedition to force the Northwest Passage, his ship became stuck in the ice leading to many unsuccessful rescue missions. ?Narrative of a Journey to the Shores of the Polar Sea? is Franklin's account of the Coppermine expedition to chart the north coast of Canada eastwards from the mouth of the Coppermine River. From 1819 to 1822, 11 of the 20 men in his party died of starvation or exhaustion, with evidence to suggest that there was at least one murder and instances of cannibalism. An incredible account of survival against all odds in the unforgiving Arctic, ?Narrative of a Journey to the Shores of the Polar Sea? is highly recommended for those with an interest in the famous Franklin expedition and Arctic exploration in general. Read & Co. History is republishing this classic memoir now in a brand new edition complete with an introductory biography by John Knox Laughton.