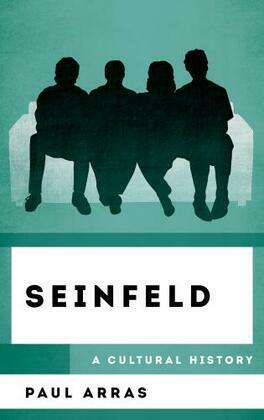 by Paul Arras (Author)
Buy for $33.00 Excerpt
Nonfiction Arts Mass media Television Guides & reviews History & criticism
warning_amber
One or more licenses for this book have been acquired by your organisation details

Since coming to an end at the pinnacle of its popularity, Seinfeld’s story continues. The show’s enduring appeal has helped earn its creators billions of dollars and counting. Many of the most popular and acclaimed comedy series of the twenty-first century are direct descendants of Seinfeld’s style, and the show’s ideas are now woven into the ways people think and behave. The greatest sitcom of the final years of the broadcast era, Seinfeld broke the rules, changed both television and America forever, and remains a living part of American culture.

Seinfeld: A Cultural History explores the show’s history with an engaging look at the show’s legendary co-creators, its supporters (and skeptics) at NBC, and its award-winning cast. By all the traditional rules of television, Seinfeld never should have made it to the air. Paul Arras pays close attention to the writers and writing of the show, offering a fresh look at the episodes themselves and assessing its broader cultural impact. Throughout he also dissects the show’s main quartet and the other memorable characters that foursome interacted with over the show’s eight seasons. With deep perception and good humor, this book considers what the adventures of Jerry, George, Kramer, and Elaine reveal about the nineties and what messages they pass along to twenty-first century viewers.

Seinfeld: A Cultural History will lead any fan of the show back to the series to re-watch old episodes with new insights and observations. Readable and illuminating, the book’s well-researched discussion of the show’s background and legacy is an essential guide for Seinfeld viewers and scholars alike. Most of all, Seinfeld: A Cultural History is an enjoyable way to engage, or reengage, with one of the funniest shows of all time!