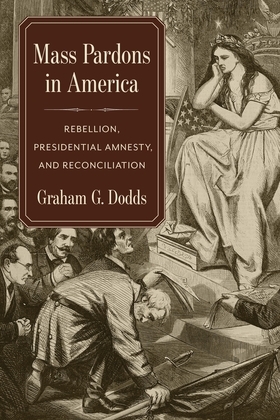 Again and again in the nation’s history, presidents of the United States have faced the dramatic challenge of domestic insurrection and sought ways to reconcile with the rebels afterward. This book is the first comprehensive study of how presidential mass pardons have helped put such conflicts to rest. Graham G. Dodds examines when and why presidents have issued mass pardons and amnesties to deal with domestic rebellion and attempt to reunite the country. He analyzes how presidents have used both deeds and words—proclamations of mass pardons and persuasive rhetoric—in order to foster political reconciliation.

The book features in-depth case studies of the key instances of mass pardons in U.S. history, beginning with George Washington’s and John Adams’s pardoning participants in armed insurrections in Pennsylvania in the 1790s. In the nineteenth century, James Buchanan, Benjamin Harrison, and Grover Cleveland issued pardons to Mormon insurrectionists and polygamists, and Abraham Lincoln and Andrew Johnson pardoned Confederates both during and after the Civil War. Most recently, Dodds considers Gerald Ford’s clemency and Jimmy Carter’s amnesty of Vietnam War resisters.