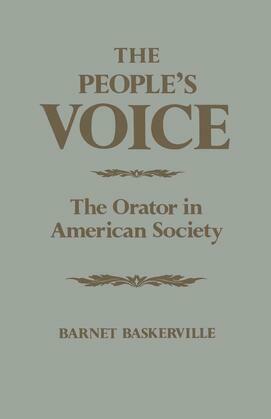 In this flavorful and perceptive study of the American orator, Barnet Baskerville makes an inquiry into American attitudes toward orators and oratory and the reflection of these attitudes in speaking practices. He examines the role of the orator in society and the kinds or qualities of oratory that were dominant in each period of American history, and he looks into the nature and importance of oratory as perceived by audiences and by speakers themselves. By examining this "public image" of the orator, the author is able to tell us much about the people who drew that image.