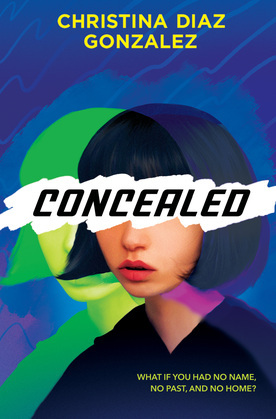 by Christina Diaz Gonzalez (Author)
Buy for $8.99 Excerpt
Fiction Juvenile & young adult Action & adventure Detective & thrillers Teen
warning_amber
One or more licenses for this book have been acquired by your organisation details

"A twisty thrill-ride that will leave you on the edge of your seat!" — Ally Carter, New York Times bestselling author of The Gallagher Girls series

What if you had no name, no past, and no home?

Whatever her name is, it won’t last long. Katrina doesn’t know any of the details about her past, but she does know that she and her parents are part of the Witness Protection Program. Whenever her parents say they have to move on and start over, she takes on a new identity. A new name, a new hair color, a new story.

Until their location leaks and her parents disappear. Forced to embark on a dangerous rescue mission, Katrina and her new friend Parker set out to save her parents—and find out the truth about her secret past and the people that want her family dead.

But every new discovery reveals that Katrina’s entire life has been built around secrets covered up with lies and that her parents were actually the ones keeping the biggest secret of all. Katrina must now decide if learning the whole truth is worth the price of losing everything she has ever believed about herself and her family.