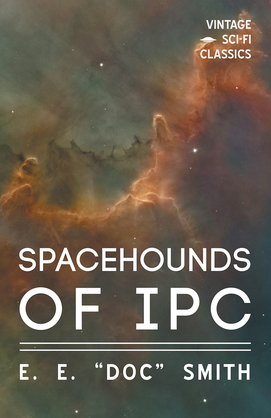 by E. E. "Doc" Smith (Author)
Buy for $8.99 Excerpt
Fiction Science fiction Space opera and planet opera Adventure
warning_amber
One or more licenses for this book have been acquired by your organisation details

This work of science fiction by Edward Elmer Smith ("Doc Smith"), originally published in 1931, tells the story of Arcturus, the Inter-Planetary Corporation's top liner, and it's attempted voyage to Mars. Following an attack from a mysterious spaceship, they crash land on Ganymede, a planet of primeval terrors. The remaining crew build a new spacecraft and discover a way to survive amid the warring intelligences of the Jovian system.
This work is part of our Vintage Sci-Fi Classics Series, a series in which we are republishing some of the best stories in the genre by some of its most acclaimed authors, such as Isaac Asimov, Marion Zimmer Bradley, and Robert Sheckley. Each publication is complete with a short introduction to the history of science fiction.