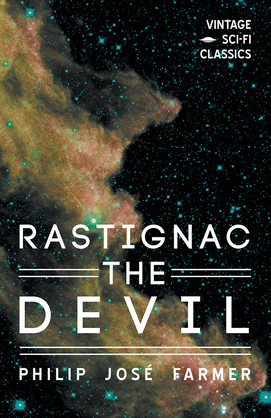 by Philip José Farmer (Author)
Buy for $4.99 Excerpt
Fiction Science fiction Space opera and planet opera Adventure
warning_amber
One or more licenses for this book have been acquired by your organisation details

This is a classic science fiction short story by Philip José Farmer.
Set three centuries in the future around a far off star, there live humans and two other sentient hominids, the reptiles and the amphibians. All three life forms wear living cloaks, known as skins. These skins allow them to communicate with each other via telepathy, and provide them with empathy and a conscience ? one which gives them electric shocks should they step out of line. Rastignac takes exception to the skins and embarks on a mission to overthrow them.
This work is part of our Vintage Sci-Fi Classics Series, a series in which we are republishing some of the best stories in the genre by some of its most acclaimed authors, such as Isaac Asimov, Harry Harrison, and Robert Sheckley. Each publication is complete with a short introduction to the history of science fiction.