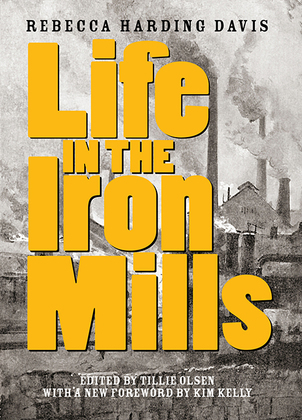 Life in the Iron Mills

by Rebecca Harding Davis (Author), Tillie Olsen (Editor)
Buy for $15.95 Excerpt
Fiction Historical 19th century English literature American and Canadian literature
warning_amber
One or more licenses for this book have been acquired by your organisation details

Recovered for a new generation of feminist readers, this revolutionary depiction of the American working poor was one of the first literary critiques of industrial capitalism by a nineteenth-century proletarian.

Originally published in 1861 in the Atlantic Monthly, “Life in the Iron Mills” remains a classic of proletarian literature that paints a bleak and incisive portrait of nineteenth-century industrial America. Rebecca Harding Davis was one of the first writers to depict a working class that was exploited and exhausted as capitalism’s mills and factories destroyed both the natural environment and the human spirit.

Davis's work was first recovered in the 1970s by the Feminist Press and writer Tillie Olsen, and then expanded in the 1980s to be the most comprehensive collection of her work to date. This reissued edition includes an updated critical introduction by labor journalist Kim Kelly, and shares a uniquely prescient capitalist critique with a new generation.