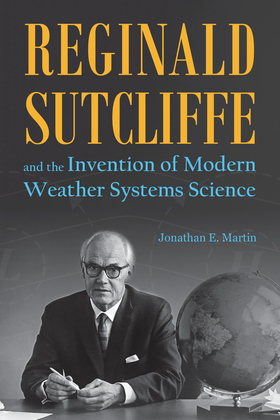 Reginald Sutcliffe and the Invention of Modern Weather Systems Science

by Jonathan E. Martin (Author)
Buy for $39.99 Excerpt
Nonfiction Biography & autobiography Science & technology Science and technics Science Others History Technology & engineering Civil engineering Environmental
warning_amber
One or more licenses for this book have been acquired by your organisation details

Despite being perhaps the foremost British meteorologist of the twentieth century, Reginald Sutcliffe has been understudied and underappreciated. His impact continues to this day every time you check the weather forecast. Reginald Sutcliffe and the Invention of Modern Weather Systems Science not only details Sutcliffe’s life and ideas, but it also illuminates the impact of social movements and the larger forces that propelled him on his consequential trajectory.

Less than a century ago, a forecast of the weather tomorrow was considered a practical impossibility. This book makes the case that three important advances guided the development of modern dynamic meteorology, which led directly to the astounding progress in weather forecasting—and that Sutcliffe was the pioneer in all three of these foundational developments: the application of the quasi-geostrophic simplification to the equations governing atmospheric behavior, adoption of pressure as the vertical coordinate in analysis, and development of a diagnostic equation for vertical air motions.

Shining a light on Sutcliffe’s life and work will, hopefully, inspire a renewed appreciation for the human dimension in scientific progress and the rich legacy bequeathed to societies wise enough to fully embrace investments in education and basic research. As climate change continues to grow more dire, modern extensions of Sutcliffe’s innovations increasingly offer some of the best tools we have for peering into the long-term future of our environment.