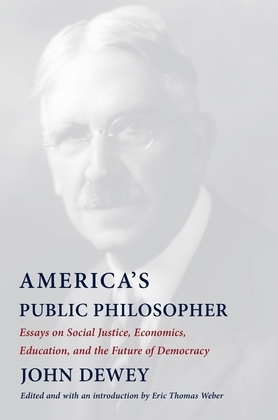 John Dewey was America’s greatest public philosopher. A prolific and influential writer for both scholarly and general audiences, he stands out for the remarkable breadth of his contributions. Dewey was a founder of a distinctly American philosophical tradition, pragmatism, and he spoke out widely on the most important questions of his day. He was a progressive thinker whose deep commitment to democracy led him to courageous stances on issues such as war, civil liberties, and racial, class, and gender inequalities.

This book gathers the clearest and most powerful of Dewey’s public writings and shows how they continue to speak to the challenges we face today. An introductory essay and short introductions to each of the texts discuss the current relevance and significance of Dewey’s work and legacy. The book includes forty-six essays on topics such as democracy in the United States, political power, education, economic justice, science and society, and philosophy and culture. These essays inspire optimism for the possibility of a more humane public and political culture, in which citizens share in the pursuit of lifelong education through participation in democratic life. America’s Public Philosopher reveals John Dewey as a powerful example for scholars seeking to address a wider audience and a much-needed voice for all readers in search of intellectual and moral leadership.