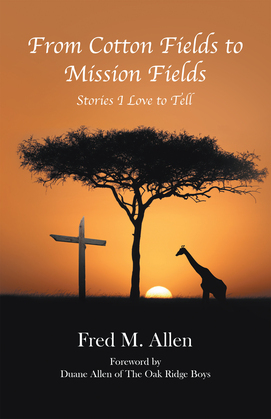 From Cotton Fields to Mission Fields

by Fred M. Allen (Author)
Buy for $3.99 Excerpt
Nonfiction Biography & autobiography Personal memoirs Humor Topic Religion
warning_amber
One or more licenses for this book have been acquired by your organisation details

As a thirteen year old boy on an East Texas farm, Fred M. Allen read a book about explorer/missionary David Livingstone and was mesmerized.

Many years later, he stood at the edge of the mighty Victoria Falls and gazed upon a statue of Livingstone. By then, Allen had spent a lifetime in service for the Lord.

From Cotton Fields to Mission Fields reveals the experiences that led Allen to make it his mission to spread God?s Word, beginning with his boyhood in Texas and extending to his decades of work as a missionary in Zambia.

Allen began writing his stories for family and friends but realized how much his words could inspire others, after being given a column in a weekly newspaper.

Then his brother, Duane Allen of the musical group ?The Oak Ridge Boys,? offered to share his stories on social media. Over and over, people asked, ?Are these stories in a book??

In this inspiring Christian memoir, Allen looks back on his life, collecting those stories in one place. His experiences highlight the importance of faith, hard work, and walking the path that God intended.