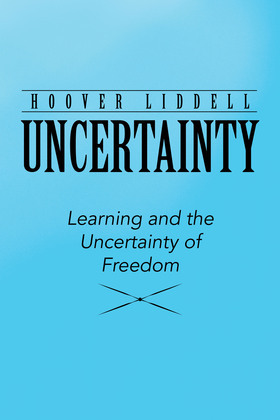 by Hoover Liddell (Author)
Buy for $3.99 Excerpt
Nonfiction Biography & autobiography Educators Fiction Science & technology
warning_amber
One or more licenses for this book have been acquired by your organisation details

This is an autobiographical book about my life in a Nigerian hospital and later a teacher in San Francisco, California. Soon after I arrived in Nigeria in 1967 as a teacher a civil war started. While the war was being fought I became ill and I traveled to the University College Hospital in Ibadan. I feel as though I will have a routine stay there and would be released after having the issue resolved that brings there. My return to the village of Ijero becomes uncertain as my life unfolds in the hospital.

In the hospital I learn that much of life is indeterminate and uncertain. While there I am able to also become immersed in the impact of war, death, microorganisms, our human journey, the illusion of time, and other things.

I arrived in San Francisco from Nigeria in 1969. It was a place of counterculture with great tolerance for the socially marginalized. Fifty years later it is a place of gentrification and technological advancement.

Over the years for schools there have been such directives and decrees as those for school desegregation, bilingual education, student discipline, academic achievement, standardized testing, charter schools and many other educational acts and initiatives.
Such things that once seemed significant like everything else, they change. Newer issues I consider are poverty, technology, and student learning.

There are a number of other things I write about that includes questioning and valuing the lives of those who died or are killed. There are examples of uncertainty in medicine, schools, and a moon landing. There is also attention given to being in nature and observing its activity and traveling in the wilderness. Other things include the first black teacher in San Francisco and the homeless living in the city.