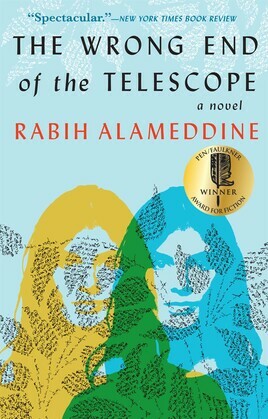 The Wrong End of the Telescope

Mina Simpson, a Lebanese doctor, arrives at the infamous Moria refugee camp on Lesbos, Greece, after being urgently summoned for help by her friend who runs an NGO there. Alienated from her family except for her beloved brother, Mina has avoided being so close to her homeland for decades. But with a week off work and apart from her wife of thirty years, Mina hopes to accomplish something meaningful, among the abundance of Western volunteers who pose for selfies with beached dinghies and the camp's children. Soon, a boat crosses bringing Sumaiya, a fiercely resolute Syrian matriarch with terminal liver cancer. Determined to protect her children and husband at all costs, Sumaiya refuses to alert her family to her diagnosis. Bonded together by Sumaiya's secret, a deep connection sparks between the two women, and as Mina prepares a course of treatment with the limited resources on hand, she confronts the circumstances of the migrants' displacement, as well as her own constraints in helping them.

Not since the inimitable Aaliya of An Unnecessary Woman has Rabih Alameddine conjured such a winsome heroine to lead us to one of the most wrenching conflicts of our time. Cunningly weaving in stories of other refugees into Mina's singular own, The Wrong End of the Telescope is a bedazzling tapestry of both tragic and amusing portraits of indomitable spirits facing a humanitarian crisis.