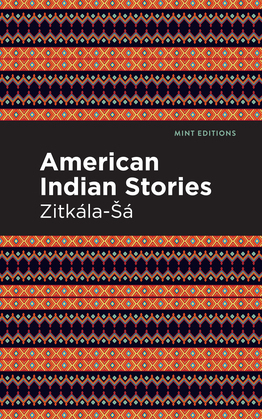 In “My Mother,” Zitkála-Šá remembers the walk she would take with her mother to the river, where they would gather water to use in their wigwam. This simple chore becomes a cherished tradition between the two, allowing Zitkála-Šá’s mother to educate her on the circumstances that led their people to the reservation, depriving them of land and life itself. “The Legends” traces Zitkála-Šá’s childhood experience of learning from the oral tradition passed down from the Dakota elders. In “The Coffee Making,” she remembers the first time she made coffee. While her mother has gone out for the day, an elder pays a visit to their wigwam. Remembering that her mother usually makes coffee for visitors, Zitkála-Šá attempts to play hostess to her visitor, who humors her and takes the time to share stories about his life and their people. American Indian Stories is a charming and politically conscious collection of stories from one of the leading American Indian writers of her generation, a committed activist and true voice for change who saw through her own eyes the lives and experiences of countless others.

With a beautifully designed cover and professionally typeset manuscript, this edition of Zitkála-Šá’s American Indian Stories is a classic of American Indian literature reimagined for modern readers.