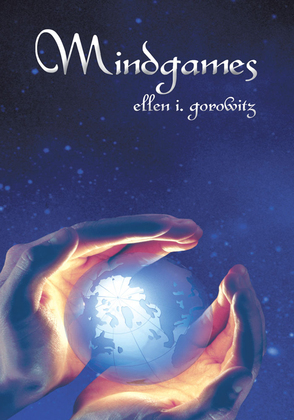 by Ellen I. Gorowitz (Author)
Buy for $3.99 Excerpt
Fiction Science fiction Space opera and planet opera
warning_amber
One or more licenses for this book have been acquired by your organisation details

Andrei Savinov has two problems. As Peacekeeper of the Alliance of the Six, he is responsible for negotiations preserving the shaky truce between the Alliance and the Zoryan Hegemony following a twenty-five year war. But talks have started falling apart, and he doesn?t know why. He is exhausted from long years of fighting and afraid that, if he fails, the Alliance will not survive another war.

Then there?s his brother Nick, the fiery and charismatic leader of the rebellion of non-telepaths against the ruling class of telepaths on the human colony of Logos Prime, who is demanding that he do something to help. This is despite the fact that Andrei believes that he left Logos Prime and its mind games behind years ago when he joined the war against the Zoryans. Now that the rebellion has gotten hold of an implant that will make nontelepaths telepathic, a revolution may be in sight.

Can Andrei use the implant to resolve both his problems or will it destroy him in the process?