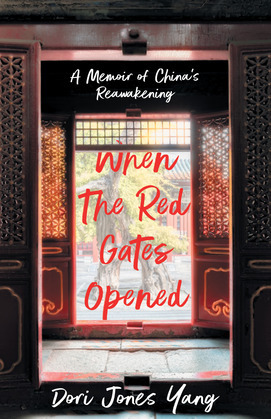 When The Red Gates Opened

When China opened its doors in the 1980s, it shocked the world by allowing private enterprise and free markets. As a foreign correspondent for BusinessWeek, Dori Jones Yang was among the first American journalists to cover China under Deng Xiaoping, who dared to defy Maoist doctrine as he rushed to catch up with richer nations. Fluent in Mandarin, she got to know ordinary Chinese people—who were embracing opportunities that had once been unimaginable in China.

This deeply personal story follows her rise from rookie reporter to experienced journalist. Her cross-cultural romance gave her deeper insights into how Deng’s reforms led to hopes for better lives. This euphoria—shared by American businesses and Chinese citizens alike—reached its peak in 1989, when peaceful protestors filled Tiananmen Square, demanding democracy. On the ground in Beijing, Dori lived that hope, as well as the despair that followed.

You’ll be inspired by this book of empowerment about a young woman from Ohio who pushed aside barriers to become a foreign correspondent and then persevered despite setbacks.

Written in a time when China’s rapid rise is setting off fears in Washington, this book offers insight into the daring policies that started it all.