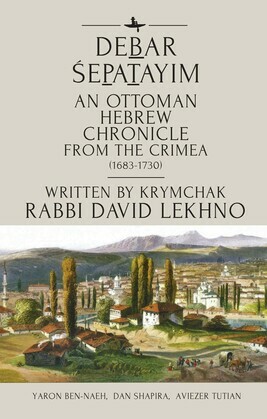 The fifty years between 1680-1730 were one of the most fascinating in the history of Europe and in Ottoman history. A period of coalitions and wars, climate changes, and natural disasters took place. This previously unpublished chronicle contains valuable information in various fields. It was written in Semi-Biblical Hebrew by a Jewish rabbi residing in the Crimean Peninsula, and includes insights on the political upheavals in the Crimean Khanate and the Ottoman capital; the wars between the Ottomans, Habsburgs, Venetians, Circassians, Sefevids, and the Russians, which he vividly describes; Persia and the Caucasus; the fate of Jewish communities; epidemics and weather; and weapons and customs. The book, a historical mine that reads like a sweeping thriller, is now available in English for the first time.