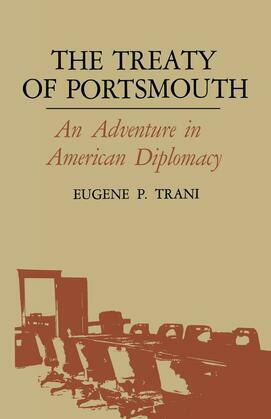 The Treaty of Portsmouth

Theodore Roosevelt's interest in foreign affairs was no less intense than his zeal for domestic reform, as Eugene P. Trani demonstrates in this new study of the Portsmouth Conference which in 1906 brought an end to the Russo-Japanese war.

Conscious of America's growing stature as a world power and concerned lest continued hostilities disrupt further the political and economic composition of East Asia, Roosevelt proclaimed himself peacemaker. With characteristic energy—and with considerable tact—he initiated the conference and successfully brought about a treaty. It was no easy task.

Trani, who has made extensive use of Russian, Japanese, and American archival material, shows that the Tsarist government, mortified by Russian defeats, wished to renew the conflict. This last of the personally managed peace conferences greatly enhanced the prestige of both the United States and its ebullient chief executive.