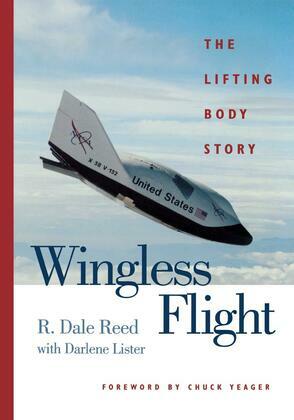 by R. Dale Reed (Author), Darlene Lister (Author)
Buy for $12.95 Excerpt
Nonfiction Science and technics Technology & engineering Mechanics Aeronautics & astronautics
warning_amber
One or more licenses for this book have been acquired by your organisation details

Most lifting bodies, or "flying bathtubs" as they were called, were so ugly only an engineer could love them, and yet, what an elegant way to keep wings from burning off in supersonic flight between earth and orbit. Working in their spare time (because they couldn't initially get official permission), Dale Reed and his team of engineers demonstrated the potential of the design that led to the Space Shuttle.

Wingless Flight takes us behind the scenes with just the right blend of technical information and fascinating detail (the crash of M2-F2 found new life as the opening credit for TV's "The Six Million Dollar Man"). The flying bathtub, itself, is finding new life as the proposed escape-pod for the Space Station.