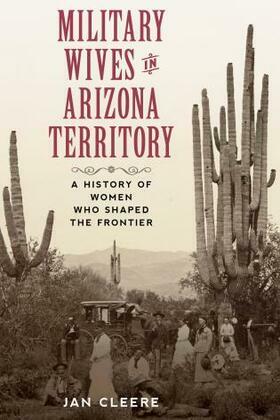 by Jan Cleere (Author)
Buy for $19.00 Excerpt
Nonfiction History History by country United States Southwest states (AZ, NM, OK, TX)
warning_amber
One or more licenses for this book have been acquired by your organisation details

When the U.S. Army ordered troops into Arizona Territory in the 19th century to protect and defend the new settlements established there, some of the military men brought their wives and families, particularly officers who might be stationed in the west for years. Most of the women were from refined, eastern-bred families with little knowledge of the territory they were entering. Their letters, diaries, and journals from their years on army posts reveal untold hardships and challenges faced by families on the frontier. These women were bold, brave, and compassionate. They were an integral part of military posts that peppered the West and played an important role in civilizing the Arizona frontier. Combining the words of these women with original research tracing their movements from camp to camp over the years they spent in the West, this collection explores the tragedies and triumphs they experienced.