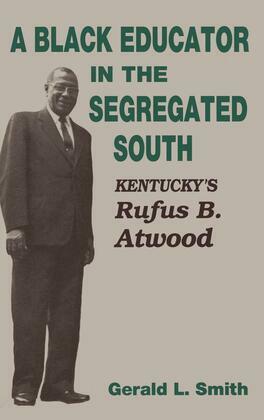 A Black Educator in the Segregated South

by Gerald L. Smith (Author)
Buy for $12.95 Excerpt
Nonfiction Social science Sociology Biography & autobiography Educators
warning_amber
One or more licenses for this book have been acquired by your organisation details

Black college presidents in the era of segregation walked a tightrope. They were expected to educate black youth without sufficient state and federal funding. Yet in the African American community they were supposed to represent power and influence and to be outspoken advocates of civil rights, despite the continual risk of offending the white politicians on whom they were dependent for funding. The dilemmas they faced in balancing these conflicting demands have never been fully examined. Gerald Smith's study of the long-time president of Kentucky State College helps fill that void.

From 1929 to 1962, Rufus Ballard Atwood served as president of Kentucky State. As chief administrator of the state's foremost black institution, he worked closely with black educational organizations and was often chosen by whites to represent the African American community on various boards and commissions. These appointments gave him access to the state's political and educational power structure, and Atwood proved to be a skilled diplomat; but his influence was frequently at risk.

In his ground-breaking study, Smith examines Atwood's political relationships with state officials and his efforts to improve education for African Americans in Kentucky and the nation. He also appraises Atwood's contributions to Kentucky State and his relationship with faculty and students, and evaluates his contributions to the civil rights movement in Kentucky. Most important, Smith compares Atwood's style of leadership and the circumstances he confronted in Kentucky with those of black college presidents in other southern states.

A Black Educator in the Segregated South offers an important look at a complex role played out by a remarkable man in an era of change and conflict.