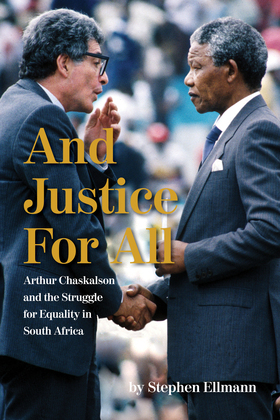 And Justice For All

by Stephen Ellmann (Author)
Buy for $12.95 Excerpt
Nonfiction Biography & autobiography Lawyers & judges Law International Public History History by country Africa Republic of South Africa
warning_amber
One or more licenses for this book have been acquired by your organisation details

And Justice For All: Arthur Chaskalson and the Struggle for Equality in South Africa is a biography of a remarkable life lived in service both to law and to the struggle for social change and justice. The social change it describes is the victory over apartheid, which was won on several fronts and through the efforts of people in many nations, but an important one of those fronts lay in the courts of South Africa itself. Arthur Chaskalson enters the historical record in 1963, when he and a team of talented lawyers represented Nelson Mandela in the historic Rivonia Trial. Chaskalson organized legal and non-profit organizations and served as the first president of South Africa's Constitutional Court, which would eventually lead to the deconstruction of apartheid legislation. In exploring his life and career, we appreciate more clearly the roles lawyers can play in social change and the achievement of a just social order, and at the same time we gain insight into the combination of upbringing, experience, and character that shapes a man first into a 'cause lawyer? and then into a path-breaking and foundation-laying judge.