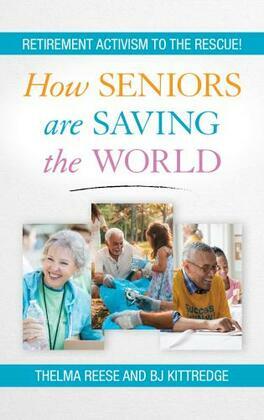 How Seniors Are Saving the World

Articles appear frequently about individuals whose age is noted as a feature of their activism, but the activism of seniors as a growing and influential part of the population is often otherwise overlooked.

The speed of change, the expansion of the senior demographic, the growth of citizen participation, and the constant visual images reminding us of these factors, tell us that it is time to look to seniors who are putting their time and energies into helping others and helping the world. Whatever one’s political view, there is consensus in recognizing that we are living in a time of tremendous change, when traditionally trusted institutions and cultural mores are questioned and seriously challenged. It is a time when more and more individuals feel a need to do something, something about issues that concern them, something that makes them aware of the need for a sense of control in a world in chaos, something that makes them aware of their own strength, power, and the value of the wisdom that comes with age.

In a time when social media make shallow “clicktivists” of so many, the people profiled here are true activists. Their dedication crosses all societal lines—ethnic, political, religious, and socio-economic. Some have always considered themselves activists. Some find that this stage of life brings a new perspective that results in the need to do more than say. They tell us, in their own words the what, why, and meaning of their specific activism and show others how to do it. Their stories are inspiring for people of all ages.