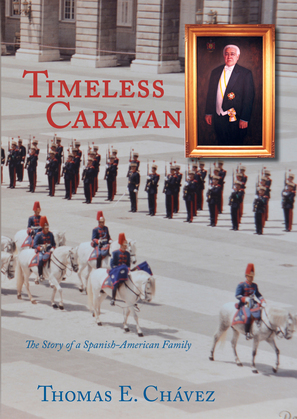 Based on extensive research as well as on a career working for cultural institutions, historian Thomas E. Chávez has created a historical novel about the American southwest, specifically in New Mexico and Arizona, a place where Europeans settled in 1598. Here is a historical narrative about one of those families. The story begins and ends with Edward Romero who became the United States ambassador to Spain and is prototypical of the thousands of young men and some women who sought a new life in the new world and became American. These were people taking risks, accepting fate, succeeding, failing, loving, and hating. The Romero story is an American odyssey shared by any number of families in a region and whose cultural legacy is part of the heritage of the United States that only recently has come to the fore in the United States? national consciousness. This story delineates a part of the heritage of every American and enriches an already beautiful history. A bibliographic essay, maps, and genealogical charts will assist the reader to differentiate places, names, and generations.