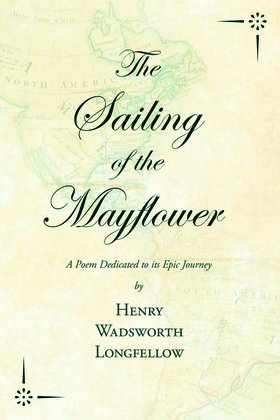 ?The Sailing of the Mayflower? is an 1858 poem by Henry Wadsworth Longfellow dedicated to the 'Mayflower', an English ship that transported early Pilgrims to the New World in 1620. The ship has since become an important part of American history and culture, as well as the subject of innumerable works of art, plays, films, poems, songs, books, etc. A beautiful poem by one of America's most celebrated poets and not to be missed by poetry lovers with an interest in early American history. Henry Wadsworth Longfellow (1807?1882) was an American poet and educator. He was a member of the Fireside Poets of New England as well as the first American translator of Dante Alighieri's ?Divine Comedy?. Longfellow's lyric poems became well-known for their musicality and mythology, garnering him significant acclaim both at home and overseas. Other notable works include: "Paul Revere's Ride", ?The Song of Hiawatha?, and ?Evangeline?. Ragged Hand - Read & Co. is republishing this classic poem complete with a biography of Longfellow written by John William Cousin.