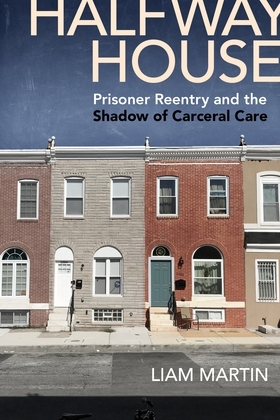 by Liam Martin (Author)
Buy for $28.00 Excerpt
Nonfiction Social science Criminology Law Rights transverse Criminal
warning_amber
One or more licenses for this book have been acquired by your organisation details

Every year, roughly 650,000 people prepare to reenter society after being released from state and federal prisons. In Halfway House, Liam Martin shines a light on their difficult journeys, taking us behind the scenes at Bridge House, a residential reentry program near Boston, Massachusetts.

Drawing on three years of research, Martin explores the obstacles these former prisoners face in the real world. From drug addiction to poverty, he captures the ups and downs of life after incarceration in vivid, engaging detail. He shows us what, exactly, it is like to live in a halfway house, giving us a rare, up-close view of its role in a dense and often confusing web of organizations governing prisoner reentry.

Martin asks us to rethink the possibilities—and pitfalls—of using halfway houses to manage the worst excesses of mass incarceration. A portrait of life in the long shadow of the carceral state, Halfway House lets us see the struggles of reentry through the eyes of former prisoners.