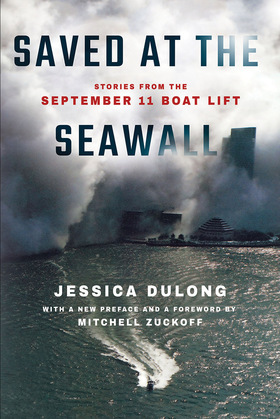 Saved at the Seawall

Saved at the Seawall is the definitive history of the largest ever waterborne evacuation. Jessica DuLong reveals the dramatic story of how the New York Harbor maritime community heroically delivered stranded commuters, residents, and visitors out of harm's way. Even before the US Coast Guard called for "all available boats," tugs, ferries, dinner boats, and other vessels had sped to the rescue from points all across New York Harbor. In less than nine hours, captains and crews transported nearly half a million people from Manhattan.

Anchored in eyewitness accounts and written by a mariner who served at Ground Zero, Saved at the Seawall weaves together the personal stories of people rescued that day with those of the mariners who saved them. DuLong describes the inner workings of New York Harbor and reveals the collaborative power of its close-knit community. Her chronicle of those crucial hours, when hundreds of thousands of lives were at risk, highlights how resourcefulness and basic human goodness triumphed over turmoil on one of America's darkest days.

Initially published as Dust to Deliverance, this edition, released in time for the twentieth anniversary, contains new updates: a preface by DuLong and a foreword by Mitchell Zuckoff.