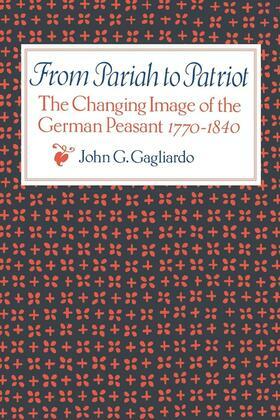 From Pariah to Patriot

by John G. Gagliardo (Author)
Buy for $12.95 Excerpt
Nonfiction History History by country Europe Germany Other Social history
warning_amber
One or more licenses for this book have been acquired by your organisation details

Until late in the eighteenth century, the peasantry of the German states had been dismissed contemptuously by the aristocracy and middle classes as brutish and virtually subhuman. With the advent of organized movements for peasant emancipation and agrarian reform, however, many German writers and publicists began also to reassess the role of the peasant in society. Within less than a century, the public image of the German peasant had been completely changed. Where formerly he had been scorned as untermenschlich, by 1840 he was firmly established in the public mind as an embodiment of the highest national virtues—a patriotic citizen with special qualities of singular importance to the fatherland. Mr. Gagliardo's study is a suggestive inquiry into the origins and development of a modern rural ideology and its relationship to German doctrines of nationality.