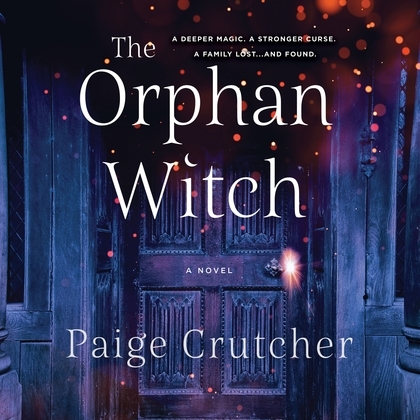 "Mystical, magical, and wildly original...If Alice Hoffman and Sara Addison Allen had a witchy love child, she would be Paige Crutcher. Do not miss this beautifully realized debut!"--- JT Ellison, New York Times bestselling author of Her Dark Lies on The Orphan Witch.

A deeper magic. A stronger curse. A family lost...and found.

Persephone May has been alone her entire life. Abandoned as an infant and dragged through the foster care system, she wants nothing more than to belong somewhere. To someone. However, Persephone is as strange as she is lonely. Unexplainable things happen when she’s around—changes in weather, inanimate objects taking flight—and those who seek to bring her into their family quickly cast her out. To cope, she never gets attached, never makes friends. And she certainly never dates. Working odd jobs and always keeping her suitcases half-packed, Persephone is used to moving around, leaving one town for another when curiosity over her eccentric behavior inevitably draws unwanted attention.

After an accidental and very public display of power, Persephone knows it’s time to move on once again. It’s lucky, then, when she receives an email from the one friend she’s managed to keep, inviting her to the elusive Wile Isle. The timing couldn’t be more perfect. However, upon arrival, Persephone quickly discovers that Wile is no ordinary island. In fact, it just might hold the very things she’s been searching for her entire life.

And some things she did not want. Like 100-year-old curses and an even older family feud. With the clock running out, love might be the magic that saves them all.